Greyhound Friends for Life volunteers have been saving the lives of racing greyhounds and sighthound mixes for nearly 25 years.  Since its formation in 1991, the group has placed well over 3000 greyhounds into loving homes.

During the 1980’s, Greyhound Friends for Life founder Susan Netboy and several other Bay Area people involved with sighthound breeds formed a loosely knit group designed to rescue and re-home sighthounds in need of intervention.

In 1989, when an insider disclosed to In Defense of Animals that racing greyhounds had been acquired by Letterman Army Institute of Research (LAIR) for a terminal research project, Susan’s help was enlisted to find a way to free the greyhounds.  Demonstrations, media attention, the intervention of then congresswoman Barbara Boxer, and a well-publicized lawsuit finally gained the release of 19 greyhounds and cancelation of the entire research project which was to include the acquisition of 100 additional greyhounds.

The LAIR case led to Susan’s involvement in a dozen more cases of greyhounds in research and an increased knowledge of the internal workings of the racing industry which, in turn, led her to the realization that racing greyhounds were in desperate need of advocacy, as well as rescue.

In 1991, Susan founded Greyhound Friends for Life and the nationally-oriented Greyhound Protection League as programs of the Greyhound Welfare Foundation.

The group’s greatest strength has always been the hard work and dedication of its many volunteers.  While Susan focused on national advocacy, Barbara Eineichner, Lita Nemeth, and Shana Laursen, in succession, provided foster facilities for the dogs; Barbara E. and Lita also acted as adoption coordinators.  In 2006, Susan and the Board of the Greyhound Welfare Foundation asked Barbara Judson to take over as President of GFFL and to set it up as a separate organization.

In January, 2007, Greyhound Friends for Life obtained its own non-profit 501c3 designation (Tax ID 20-5323161) with many of the same volunteers who had supported the group from its inception – and, fortunately, with many new volunteers who will carry us through the years ahead.

Greyhound Friends for Life is an all-volunteer non-profit organization that provides greyhound and other sighthound rescue and adoption services, primarily in the northern and central regions of California.  Greyhound Friends for Life is committed to responding promptly to all communications from adopters, potential adopters, and other members of the public.  While finding qualified homes for as many greyhounds as possible is our goal, we will take the time to provide the best possible matches between our dogs and our potential adopters.

Greyhound Friends for Life undertakes various fundraising activities to garner public support for the program.  These funds are used to defray the costs associated with the transport and medical care of the greyhounds prior to adoption that are not covered by the adoption fee, for food and medical care for greyhounds in long-term foster care, for greyhounds that require medical care or surgery beyond the routine procedures, and for publication of brochures, newsletters, other materials that promote greyhound adoption, and miscellaneous operating expenses.

Thousands of greyhound puppies are born on greyhound breeding farms every year.  At 18 months of age, those who have demonstrated the potential to make money for their owners will be sent to various racetracks across the country. Most will race for a year or less, and only a small percentage will generate enough money to continue racing to the age of 5 years.

A typical racetrack supplies cage-space for 500 to 800 greyhounds. The dogs are housed in cages within on-site kennel buildings; each kennel operator and/or trainer is responsible for about 60 greyhounds.

The goal of every kennel is to keep the cages filled with money-making animals. However, every week hundreds of racing greyhounds grade-off due to injuries or poor performance, leaving kennel owners with expenses but no income from the noncompetitive racers. While some kennels will hold on to failed racers for as long as possible, for many . . . it’s strictly business.  This is the flash point that puts the lives of greyhounds in peril day in and day out.

Providing a safe-haven for at-risk greyhounds is the most fundamental function provided by GFFL and other greyhound rescue groups — the challenge has always been to try to keep up with the numbers.

With the severe decline of the racing industry over the last 20 years, breeding numbers and the number of tracks have been significantly reduced.  And, nationwide, adoption numbers are as good as they have ever been.  Still, the rescue community is faced with frequent, unpredictable overloads and precipitous track closings with hundreds of greyhounds in need of a safe-haven.

Until the last breeding farm closes its gates and the final dog track is shuttered, rescue groups and adopters must be there for the greyhounds who easily give us as much joy as we do them.

Applicant Process
People interested in adopting a greyhound fill out an application that provides information about their housing situation, other pets, children, number of hours that the dog will be left alone during the work week, dog experience, and what kind of temperament they are looking for.  After a telephone interview, applicants have a home visit to check the home and yard for greyhound safety issues.
Pre-adoption Medical Care
When dogs are brought in from the track or shelter, they are usually taken to our foster facility in Windsor, CA area.  They are spayed/neutered, de-wormed, given a dental, vaccinations, and are tested for heartworm, tick-related diseases and, if they are from the West or Southwest, valley fever.  The dogs are treated for any diseases and are started on heartworm medication.  The kennel staff and volunteers perform temperament assessments, and the dogs are tested with cats and small dogs.
Outreach, Education, and Advocacy
Adopter volunteers and their greyhounds hold “Meet and Greets” every month in various venues in Northern California.  At these events, information is provided about the temperament and background of the racing greyhound, the requirements and process for adopting a greyhound, as well as information about the greyhound racing industry.  Having our dogs at these outreach events allows potential adopters to actually see and interact with greyhounds.  Many potential adopters have heard or read about greyhounds, but have not had a chance to spend time with one.  People are always interested in hearing how the dogs make their way from the tracks to a warm bed in a loving home.
Adoption Fee
GFFL charges an adoption fee of $300, with the exception of senior or special needs dogs.  These dogs have a reduced adoption fee or no fee, and GFFL has a special fund that helps families that are willing to take in these dogs.  Our adoption fees do not cover the costs of vetting these dogs, then maintaining them on heartworm medication, flea/tick medication until they are adopted, and paying kennel costs.  Just the vetting and pre-adoption testing costs $500-$600 per dog.  Therefore, we are dependent on donations and proceeds from fund raising events to make up the difference.

Our Board of Directors 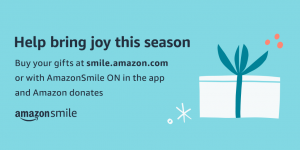